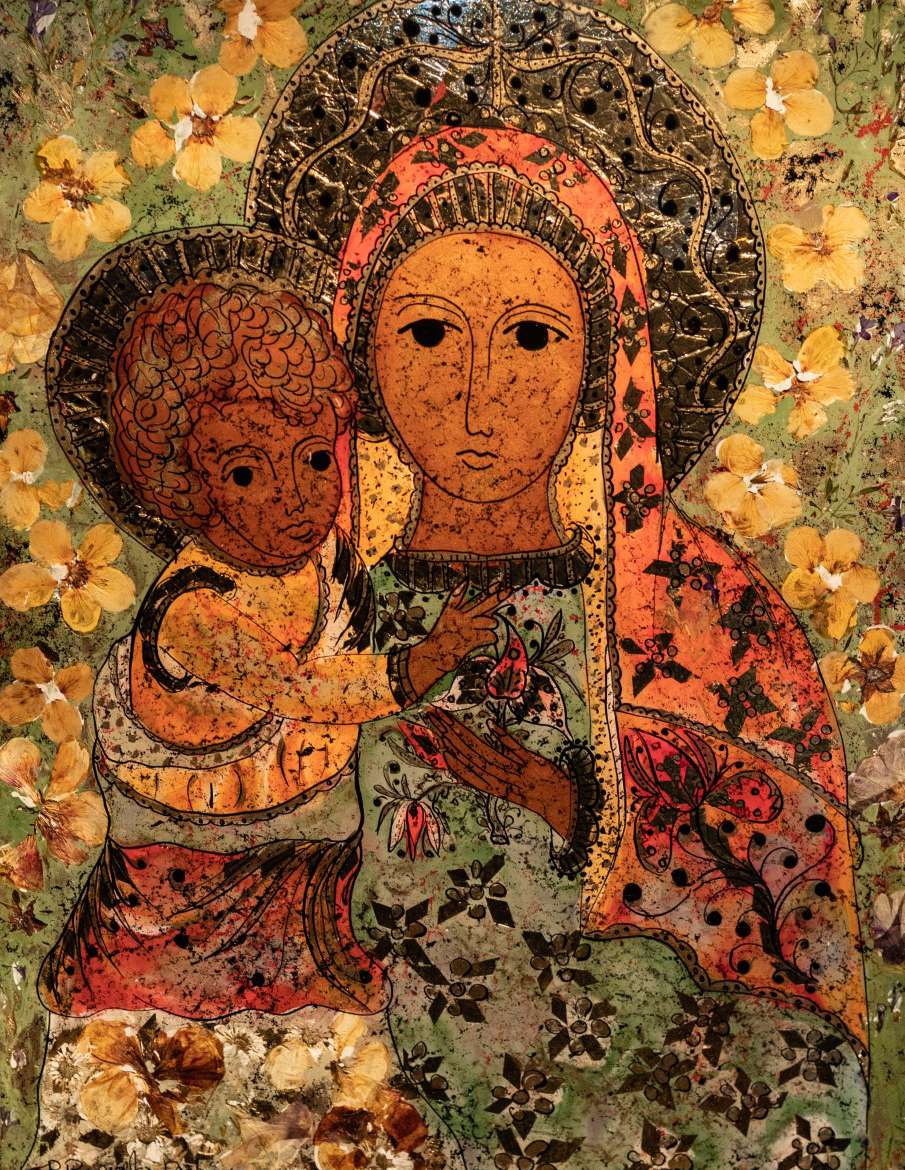 Barbara Baniecka-Dziadzio was born in Zakopane. She continues her family tradition of painting on glass, following in the footsteps of her father, a well-known Zakopane artist Władysław Walczak-Baniecki. Despite the influence that her father’s painting had on Barbara’s artistic sensitivity, she created her own unique style of painting on glass. The way Mrs. Baniecka-Dziadzio uses gold and silver brings to mind Byzantine painting. The subject matter of her paintings are mainly religious and floral motifs. The artist has held her own individual exhibitions and participated in many competitions and group exhibitions, in Poland and abroad. Her works have been exhibited in, among others, France, Spain, Finland, Austria, Germany, and the United States. She has also exhibited her works at the „African Window”(currently “Art Window”) gallery in South Africa. Her works can be found in the collections of museums of ethnography in Poland and abroad, as well as in private collections. Paintings on glass by Barbara Baniecka-Dziadzio also decorate religious buildings. The Way of the Cross by Barbara added splendor to the private chapel in the Papal Apartments of John Paul II in Licheń. The painter is also the author of the chapel furnishings in Marian religious houses. Barbara runs workshops on painting on glass and on art and craft techniques. For her lifetime achievements, the artist received a prestigious state award named after Stanisław Wyspiański (1987). She also received the award of the Minister of Culture „Zasłużony Działacz Kultury – Merit in the Service of Culture ” (1999), and jointly with her husband, Bogdan Dziadzio, the Award of the Mayor of Zakopane (2014). Barbara Baniecka-Dziadzio and her husband Bogdan Dziadzio, who also paints on glass, present their art in their private gallery at Ubocz 22 in Zakopane.